Our Favorite Tomato Varieties to Grow in Appalachia 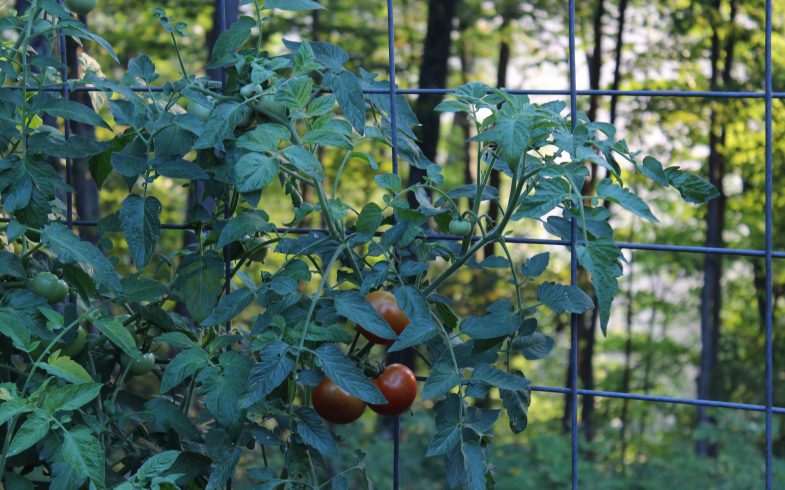 Our Favorite Tomato Varieties to Grow in Appalachia

Years ago, when we lived in New Hampshire, I wrote about my five favorite heirloom tomato varieties. Four were varieties I planted each year after a few initial years of experimenting. The fifth was one of Scotty’s favorites, Cherokee Purple. We loved them for their flavor, productivity, and beauty.

When we moved to West Virginia, I didn’t expect my favorites to change. I didn’t expect much about gardening to change. I just knew we’d have a longer season. For some reason, it didn’t occur to me that West Virginia’s longer growing season comes with hot, humid weather. Several of my old favorites were Russian and other northern varieties like Black Krim and Blondkopfchen. They were bred for their ability to produce in cool, short summers, not the ability to stand up to the heat, humidity, and fungal diseases more common in our new home.

I also switched where we bought the majority of our seeds. In New Hampshire, we primarily ordered from Seed Savers Exchange in Decorah, Iowa. Now we mainly buy from Southern Exposure Seed Exchange in Mineral, Virginia.

Here are my current favorite tomato varieties for our Appalachian homestead. This tiny little tomato quickly won my heart after being introduced to it by Scott’s family. It’s the perfect amount of tangy and sweet, the quintessential cherry tomato.

It’s also is incredibly productive and hardy. It produces all season and isn’t prone to disease issues even if it isn’t trellised. We usually have a few volunteers of this variety coming up every year.

A classic, early red slicer, Illini Star is recommended to home and market growers for its reliability, disease, and split resistance. We grew them for the first time last year and quickly added them to the “keep” list.

They tolerated our heavy clay soil, no watering once they were established, and were problem-free. They had great flavor kept well in baskets on our porch. You can see last year’s plants in the header photo above. I first purchased these solely for their looks. I’m a sucker for bi-colored tomatoes. They’re pinkish red with metallic green stripes. Thankfully, they’re also incredibly delicious. They have the acidic yet sweet flavor I look for in a tomato, just like my old favorite, Black Krim.

However, they also come with the same issue I found with Black Krim. They’re a bit fragile and prone to splitting and bruises if not handled very gently. A tip for this is always to place your tomatoes stem side down in your harvesting basket.

I think it’s pretty much obligatory to grow Radiator Charlie’s if you live in West Virginia. They produce huge, delicious slicers. Their interesting name has a great story behind it, which I’ll share from Southern Exposure Seed Exchange:

“The following history is based on portions of our 1985 taped interview with M.C. Byles who developed this tomato in the early 1930s while in Logan, WV. Mr. Byles is affectionately known as “Radiator Charlie.” He earned that nickname from the radiator-repair business he opened at the foot of a steep hill on which trucks would often overheat.

Radiator Charlie had no formal education or plant-breeding experience, yet he created this legendary tomato by cross-breeding four of the largest-fruited tomatoes he could find: German Johnson, Beefsteak, an Italian variety, and an English variety. One of the four varieties was planted in the middle of a circle. Then, using a baby’s ear syringe, he cross-pollinated the center plant with pollen from the circle of tomatoes. Next year he selected the best seedlings: he planted the best seedling in the center and the rest in a circle around it. The pollination and selection process was repeated six more years until he had a stable variety.

After Charlie developed and named this large tasty tomato he sold plants for $1 each (in the 1940s) and paid off the $6000 mortgage on his house in 6 years. Each spring, gardeners drove as far as 200 miles to buy Charlie’s seedling tomatoes.” These tomatoes have been the powerhouses of our garden for several years, making up the bulk of our salsas and sauces. They’re super-productive and beautiful.

We’ve never had a disease or any other issue with them. One year, deer got in the garden and ate them down to almost nothing (along with everything else in that section). I considered them a total loss and let the weeds get out of hand. Much to my surprise, a couple of months later, I spotted red amongst the growth and found that they had come back, sprawled among the weeds, and fruited. They’re tough.

We still love Cherokee Purple and Martino’s Roma, which I listed in my original post. Cherokee Purple may be a bit finickier than modern hybrids, but it’s one of those tomatoes with incredible flavor that makes it worth it. As for Martino’s, you really can’t go wrong with a good Roma. They may not be the most exciting, but they’re almost always disease resistant and productive.